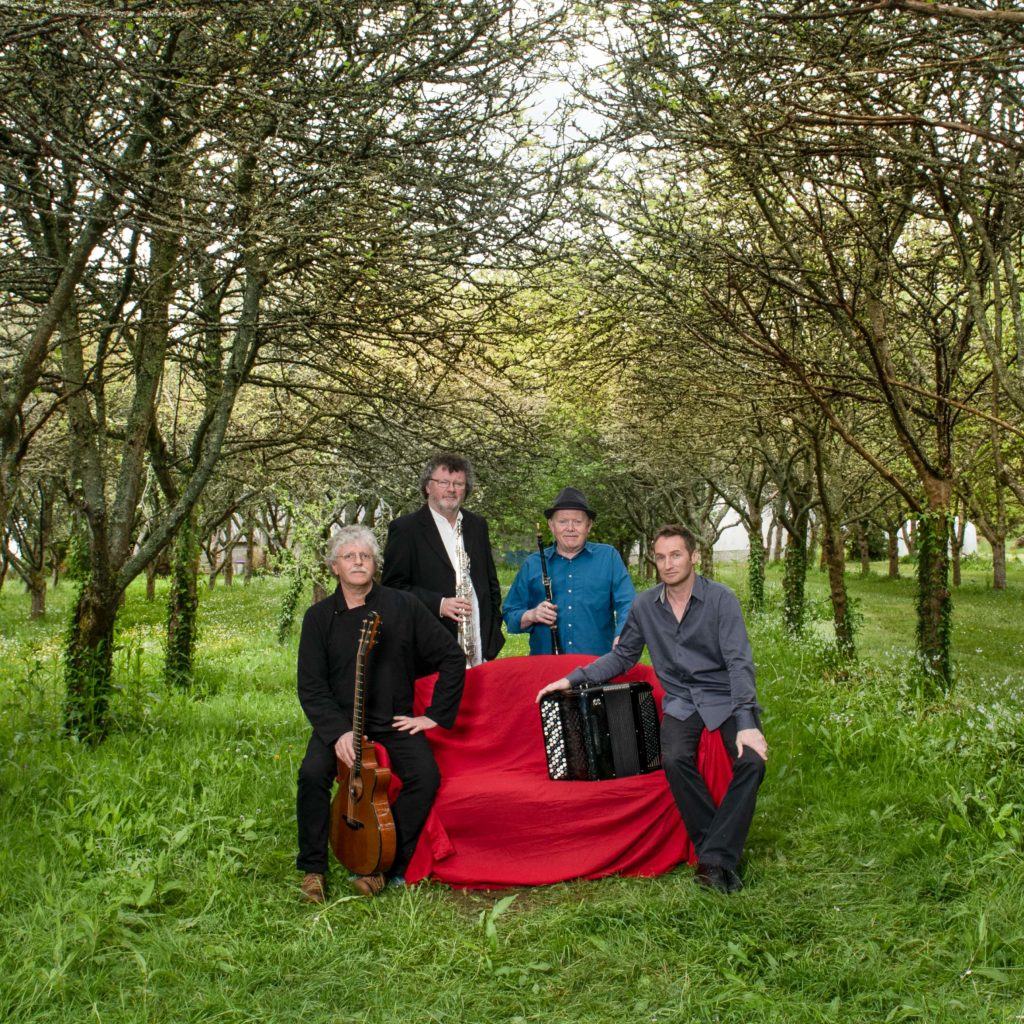 Skolvan are the cream of Breton dance bands. The secret of their success lies in their stunning melodies and breathtaking arrangements. Founded in 1984 by guitarist Gilles Le Bigot and Youenn Le Bihan on bombarde and piston and now includes the soprano saxophone of Bernard Le Dréau  and the chromatic accordion of Régis Huiban.

The group’s most recent recording Ti Ar Seven was released in September 2018 and 2019 was the 35th anniversary of the group. 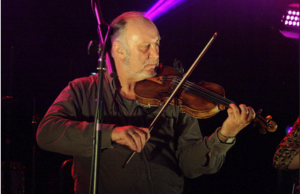 Dave Shepherd is best known as the fiddle-player in the British band Blowzabella, Dave is a regular at our French weekends and on previous weekends he has played with Simon Gielen, Nigel Eaton and Anna Pack. He has an encyclopaedic knowledgable of many styles of dance and dance music, including that from Central France and Brittany, Swedish and English. Dave also leads the Prêt à Danser group who play regularly for the Colchester-based dance group. 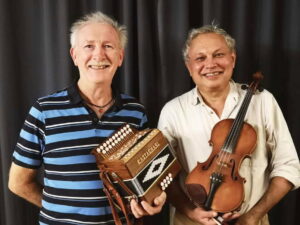 The Sussex-based duo Deuxzom comprises Ravi Sawney, on fiddle and Trevor Upham on accordion. They play mainly for French dance groups in the UK, and are frequent musicians at the Dansez Français group in Brighton. Ravi also plays in a duo with Anna Pack. 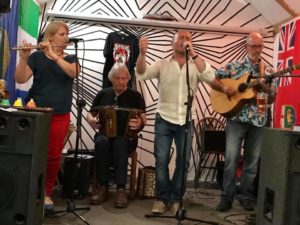 Bof! were founder members of the Burybal organisation which morphed into the Hadleigh French weekends and the Prêt à Danser group. They have played at every Hadleigh weekend to date and run the annual Bof basics dance workshop for inexperienced dancers. Bof! comprises the Breton singer, Gwendal Moële, Simon Haines on accordion, Phil Lyons on guitar and vocal and Val Woollard on recorders, flute, bagpipes. There is more information on their website at: www.bof-frenchdance.co.uk 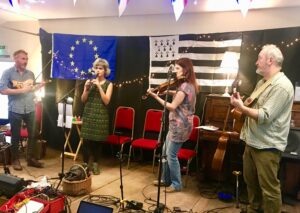 Les Hirondelles are a recently formed band comprising Colchester-based Tom on guitar and Emma on fiddle, and Norwich-based Vicky on recorder and Pete, on fiddle.

There are many places – B & Bs etc – to stay in and around Hadleigh. There is a list on the  website –  Visit Hadleigh